Part two of our series on CEO succession planning conversations covers the conversation the CEO and CHRO have with executives to invite them to the successor development process. 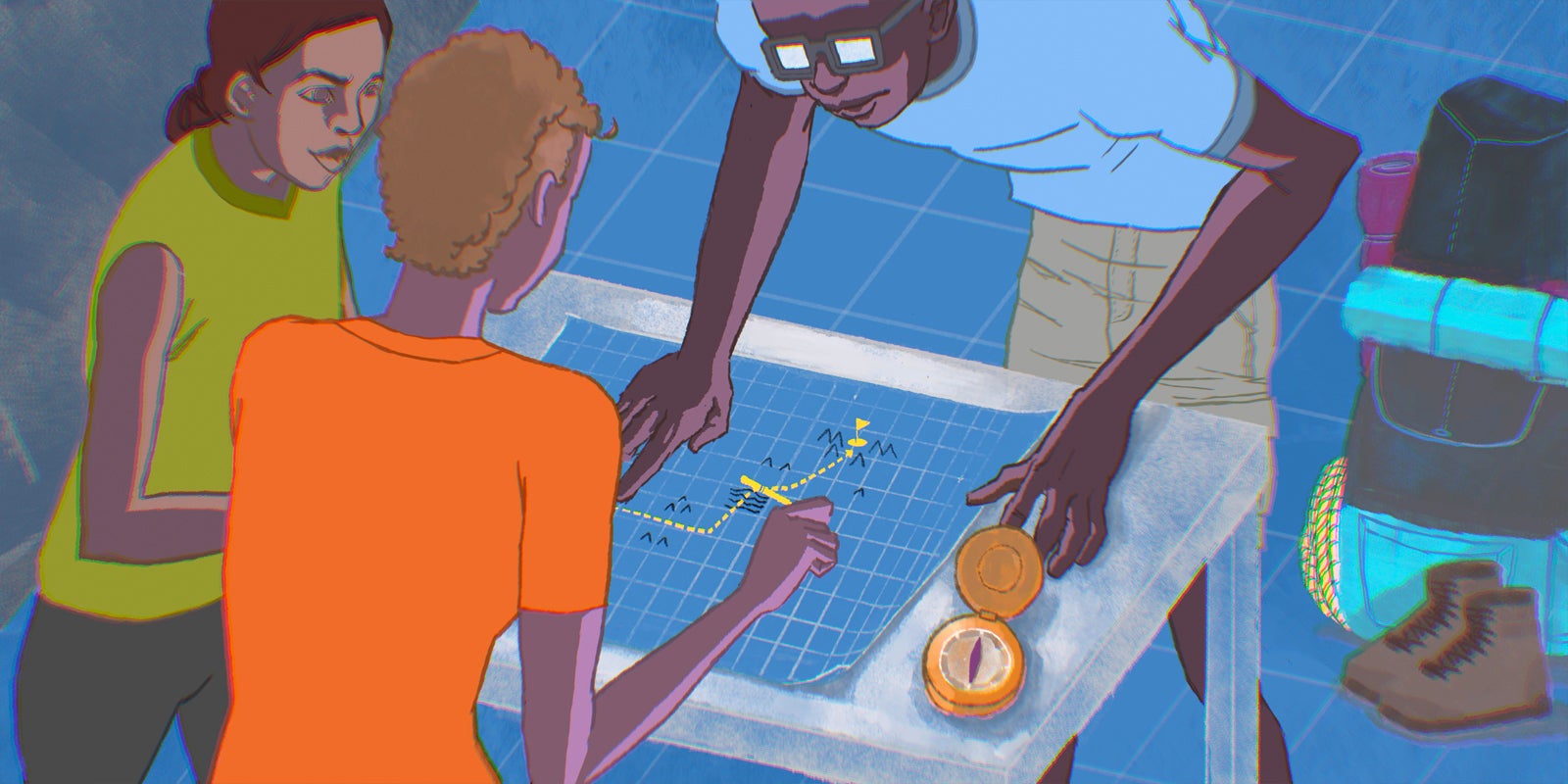 (This article on successor development invitations is part two of our series on CEO succession planning conversations. See part one on identifying potential successors.)

Aside from the ultimate decision about the next chief executive, the most sensitive and politically charged aspect of the CEO succession process is the question, “Who?” Who are our strongest internal candidates? What criteria will we use to evaluate their potential? How will we talk about the successor development process? To whom will we communicate, and when? Having clear answers to these questions before getting started is critically important.

There are too many nuances to these questions to cover all of them in one short piece. In fact, we’ve written books to cover them. But in this blog series, I can represent the most essential need-to-know talking points in these highly sensitive conversations.

Why so much caution? Because we’ve seen these conversations go badly. The best intentions can overlook key concerns or expectations and result in disenfranchised successors, frustrated board directors, slow (or no) growth and development, and ultimately a stalled process that yields no change in readiness for succession.

A few basics can protect your process from those outcomes. In the first part of this series, I covered the conversation between the CEO and CHRO to identify potential successors. In this piece, I’ll outline how to set the stage for a productive discussion with potential CEO successors—one that’s positive, reinforcing, and candid.

Succession isn’t a promise, nor is it a gift. It’s risk management through retention, growth, and development that helps leaders prepare for assignments beyond the range of their experiences. That growth only happens with shared understanding and intent. And that’s what the first conversation with successors should emphasize.

What NOT to Do in the First Successor Development Conversation

One of the most common mistakes I see in the successor kickoff conversation is that the CEO jumps ahead too quickly, typically with an “heir apparent” in mind.

The CEO says something like: “I know, you know, and the board knows that you’re probably the one to take over my job. So we need to show the board that you’ll be ready when the time comes.”

Here’s the thing: Having a strong CEO successor in waiting is a tremendous asset, and when it happens, it’s a great boon to the business, the culture, and usually shareholders as well. But remember, succession is risk management, and risk management requires optionality. While it may be true that a high-flying CEO successor will step in and take the helm without incident, assuming it will happen in that way is like investing all your money in one place. Better to diversify.

But here’s where that form of succession planning can go wrong:

Context can mean business or culture, but with CEO succession, it always means both. An often-unrecognized reality is that every CEO will experience a context shift, partly because they themselves are one of the most significant forces in that shift. Yes, business circumstances will change, and they often shift dramatically and without warning, altering the leadership landscape drastically. This can suddenly reduce one leader’s readiness while increasing another’s. But in our experience, cultural dynamics are equally if not more likely to trip up new CEOs. Why? Because most CEO succession processes focus on the culture that “is,” and fail to anticipate how different successors will influence and interact with that culture when they become CEO. Settling on an assumed successor can and often does lead to major oversights in preparing and onboarding successors.

2. Other strong candidates don’t get the chance to show how they can grow.

I once asked a board chair who had overseen CEO succession efforts in several different companies what advice he had for other boards. His response: “Prepare to be surprised.” He wasn’t referring to the performance of the new CEO. He was talking about the growth of the successors. In each of his experiences, at least one successor showed stunning developmental progress, so much so that it affected the board’s perceptions of candidate readiness. A single-successor approach eliminates this possibility.

3. The assumed successor fails to develop.

It’s not unusual for a company to have an excellent COO or CFO that seems to be an ideal successor, perhaps with just one or two key areas in which they need to develop. She just needs to polish her communication skills a bit. If he just softens his approach and backs off a bit from his assertive style, he’ll be fine. Given what appear to be easily surmountable growth needs, the board defaults to the assumption that development will happen. It often doesn’t. More often, these “small” development needs go unaddressed and calcify or worsen, leaving the organization at risk of CEO failure or in a position to scramble for an external candidate.

4. The chosen successor cannot or chooses not to take the role.

In the era of the Great Resignation, boards can’t ignore the very real possibility that senior executives may leave unexpectedly and not for a different company or job. A CEO client of ours was recently blown away with surprise at the sudden retirement of his COO and planned successor. Every attempt was made to convince him to stay on to become CEO in less than two years, but he had made up his mind. “Life is short,” he said to his coach. Meanwhile, the CEO reached for the “reset” button on the succession process.

Regardless of the strength and certainty of your strongest successors, it’s unwise to start off successor development conversations with the promise of ascent. Once again, getting CEO succession right starts with a shared commitment to risk management through preparation, growth, and development.

CEO Succession Planning Conversation #2: How Are We Investing in Successor Development?

With a growth mindset in place, the CHRO and CEO establish a shared understanding and communication discipline around what it means to prepare for CEO succession. And that starts with a well-structured conversation inviting potential successors to the development process.

Here are a few things to keep in mind for that conversation:

A few of the most critical topics to cover in your first successor development conversation are:

While you aren’t guaranteeing a specific promotion to the candidate, here’s what you will commit to in the initial successor development conversation:

Inviting potential successors into a CEO development process is a delicate balance of sharing and holding back. Every executive will ask, either directly or in their minds, “Do I have a chance at the CEO role? Who else is being considered? How do I compare?”

While there may be a strong temptation to give full and concrete answers, the truth—if you are committed to the development-oriented process outlined above—is that you may not yet have answers.

But secrecy is equally dangerous and also unnecessary.

There may be multiple leaders participating in the process, and you may elect to share who those people are. Many of our clients require the entire senior team to participate in the development process (to varying degrees), not only to allow them to say “everyone is involved,” but to create an ethic of development for all C-suite leaders toward the highest levels of leadership.

For smaller groups, it is not uncommon for three to six senior executives to be aware of one another’s participation in the development process. We find that being appropriately open within this small group is far preferable to the attempt to be secretive about the process (which will almost always fail and create unwanted jockeying and competition).

When it comes to questions about candidacy and one’s likelihood of becoming CEO, a development-oriented approach to succession leads to very straightforward, but preliminary answers. It is simply too soon to know because the process is designed only to produce answers when the point of decision is very near. Until then, growth and development is the objective.

Perhaps obviously, these nuances require the CEO and CHRO to be closely aligned and disciplined as they reach out to potential successors. Having a clear overarching strategy for your succession process, along with the right talking points and commitments, will set the stage for high engagement and productive efforts moving forward.

Or at least until the next conversation. Watch this space for my next installment, which will address how the board should review and discuss CEO bench strength and progress.

Subscribe to our blog to see more in this series, “CEO Succession Planning Conversations.”

Get more executive insights by subscribing to our monthly Executive Outlook Newsletter.