Part one of our series on CEO succession planning conversations you MUST get right covers the conversation between the CEO and CHRO to identify potential successors. 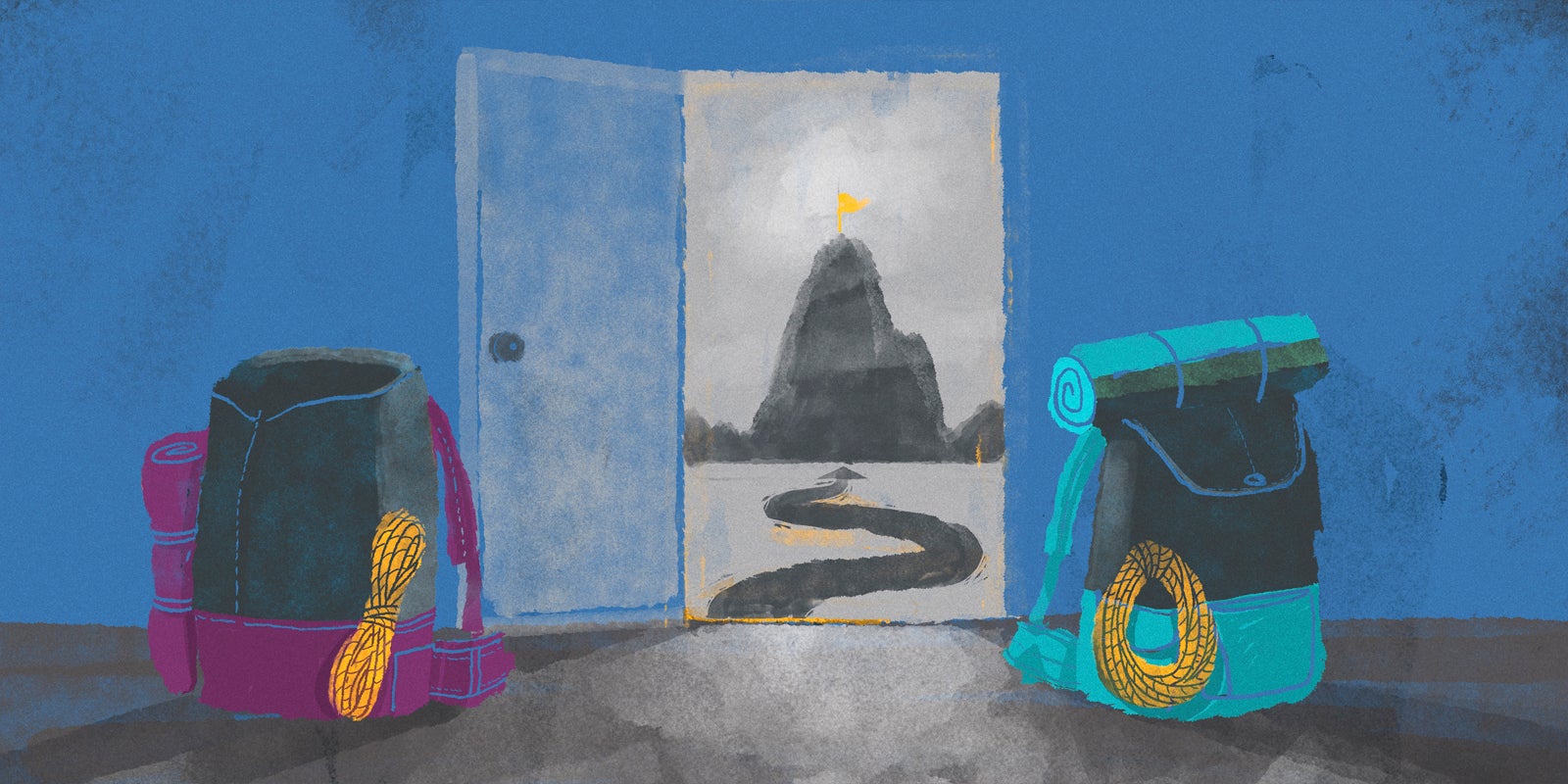 One bad conversation can jeopardize your entire CEO succession plan.

In fact, I saw it happen recently as a CEO I coach nearly lost one of his potential successors.

In theory, the CEO was doing all the right things. He’d invited the potential successor to participate in an accelerated growth process, complete with coaching, assessment, and development. And she was eager to accept the challenge.

But then they started the conversation about her development. And that’s where things fizzled.

As they began, the CEO shared his delight with her profile as a gifted leader with great promise. However, as they waded into how, exactly, they would work together to prepare her for these future roles, the CEO became vague and noncommittal. He made simplistic suggestions that didn’t track with her development priorities and batted away her offers to support new initiatives.

Instead, he recommended she take on more independent thinking and study. He reduced her development path to a series of trivial assignments.

Why? In part, he was less prepared than he might have been, under-thinking the criticality of this conversation. But additionally, he was worried about making false promises, seeming like he was guaranteeing her the future CEO’s role. There’s no doubt that he saw her as a high flyer, but she also had a lot to learn about being a CEO.

In the midst of the CEO's stumble, she began to wonder if he was sincere about his confidence in her. Were there private misgivings or political dynamics preventing him from thinking more expansively about her development? Was he harboring concerns that he was unwilling to share?

To be clear, she was neither asking for nor expecting any assurance of future promotions. Her true interest was in growth and experience.

But now, seeing the CEO’s hesitation, she questioned his confidence in her, and she started considering her options. If she wanted to continue rising, it was looking like she might need to switch companies.

Fortunately, the CEO became aware of her concerns in time, and was able to resolve the situation by steering her toward more meaningful developmental assignments. But for a few precarious months, the company was on the verge of losing their most promising successor.

All because of a single conversation.

But research shows why that’s a problem:

Boards are caught on their heels: A Stanford University study on CEO turnover showed that in a third of CEO departures, boards are not prepared to name a successor.

Boards are forced to look externally, which increases the likelihood of failure: In line with the lack of preparedness, data from Challenger, Gray, & Christmas reports that in 2022, 52% of companies had to replace a departing CEO with an external hire, indicating that no one was ready internally.

Shareholders are getting anxious: A third of companies say they are seeing an increase in the frequency with which investors are asking about their company’s succession plans.

Board members are nervous: The same study showed that only about half of board members say they are very or extremely confident that their board’s succession plans are effective.

The Four CEO Succession Conversations You MUST Get Right

Over the decades, I have seen far too many companies mistake a strong CEO succession plan for a name they’ve written down on paper.

A named successor might satisfy the board’s responsibility, but it may not actually be a viable succession plan.

Successful CEO succession planning is a long-term process of preparation, which is enabled by a series of coordinated conversations that happen over time. And a single failure in these conversations can stall the entire effort.

Recognizing this long-form process, I want to highlight four unique moments of dialog that are crucial to get right:

Getting these conversations right is crucial to the success of your CEO succession plan, and each one sets the table for the next. Because each conversation is so important, I’ll be detailing each one in a multi-part blog series.

But first: We are often asked about timing for CEO succession. “When should we start?” Some need to replace their CEO quickly, while others wisely plan for a more distant future, without knowing exactly when the current CEO will leave.

Experience (the best teacher) makes it clear that haste is the enemy in CEO succession. If your CEO is likely to step down in less than two years and you have yet to begin formal succession efforts, you are late and should begin work with urgency.

Our strong position, however, is that it’s far better to establish the process as permanent and ongoing, as opposed to one that starts and stops as CEO tenure dictates. This need not be time and resource intensive. In fact, our experience is that long-range CEO succession is far more efficient and manageable than the more urgent decision scenarios (which are also far more prone to risk and poor decisions).

Boards and CEOs should always know (or have a plan to identify and get to know) the strongest internal candidates for CEO. This doesn’t mean having ready-now CEO successors. It means building a small but strong slate of leaders with the strength and potential to take on the CEO role. More on this as we continue below.

Who starts the conversation on CEO succession planning?

We see a range of scenarios about who gets the ball rolling on succession planning. In some cases, it’s the CEO who initiates the planning, often because they are planning an eventual retirement. Other times, the CHRO nudges the board and CEO that they need to make succession planning a priority.

Most often, it’s one or more board members who begin the conversation. Often, it’s a board member who has served on other boards, and has been through a CEO succession before—and may have the scars to show for it. They are usually concerned about risk and vulnerability as well as the pressure from shareholders to get succession right.

But you might be surprised how many boards avoid CEO succession planning conversations, unless they believe CEO departure is imminent. And yes, this happens even in major companies, even with a dedicated nominating and/or succession committee. (See the story of Microsoft’s 2013 CEO succession for an example.)

We see some variability in who gets the ball rolling on succession planning, but the impetus mainly comes from some combination of the CEO, board or board chair, and the CHRO. These three parties represent the triumvirate of accountability in CEO succession, each playing a key role, as this series will discuss.

Most commonly, the board chair (often nudged by one or more board members) puts the topic on the agenda for discussion with the CEO first, followed by a plan to be executed with guidance from the CHRO. A growing number of board members have served on other boards where CEO succession was formalized. Having seen other scenarios play out, they come with concerns about risk and vulnerability as well as the pain of fallout from shareholders when succession doesn’t go well.

No matter who kicks off the discussion, what’s important is that the CEO, CHRO, and board view CEO succession planning as a shared, ongoing responsibility. Over time, these conversations must happen as a routine commitment to growth, not done only under pressure to make a decision.

With board intent on the table, it’s time to take action. The CEO and CHRO must arrive at what process they will put in place, and even more fundamentally, who will be the participants in that process.

This triggers dialog about the profiles, experiences, and qualifications for potential successors and how current executives stack up.

While we will not be taking a deep dive into the detailed criteria for evaluating leadership potential here, I’d like to focus on that first conversation and how to ensure that it establishes the right foundation for a long-term, sustainable succession process.

The CHRO Has the Loneliest Job in the Company

It’s often said that the CEO has the loneliest job. But one of my clients told me that’s wrong; It’s really the CHRO. She was correct.

As the CHRO, it’s crucial to maintain a fair and balanced stance with respect to people, their potential, and how they are given opportunities to compete for advancement in the organization. These “people” are the CHRO’s senior executive peers and collaborators, for whom the CHRO must be equal parts enabler, advisor, partner, and referee. This can be precarious. Throughout the CEO succession process, it requires strong and transparent relationships with the board, CEO, and all successors, each of whom brings a unique perspective and agenda to the process.

While the CEO’s role is obviously central, they will inevitably bring some bias. It can be very challenging to look at their own position and imagine someone else in it, especially someone who will do things differently. It’s also essential to recognize that when it does come to decision time, the board makes the call, not the CEO. CEOs make recommendations, but it’s the board’s ultimate decision to select the successor.

Great CHROs may at times tread a lonely path as they navigate relationships in this nuanced process. But the ones who do it successfully often go on to become highly sought-after board members who can help other companies follow a similar path.

Get more executive insights by subscribing to our monthly Executive Outlook Newsletter.